The Closing the Gap on Indigenous Health Conference was held on the 30th and 31st of July in Brisbane. Delegates in Aboriginal health from across the country gathered to discuss the Closing the Gap Report and its failures to address health inequity between Indigenous and non-Indigenous Australians. The format of the conference was collaborative with panels and yarning circles aimed at addressing the failures of the Closing the Gap campaign and spring-boarding solutions. AH&MRC staff members, Lucy, Nina and Sophie, attended the conference and several AH&MRC’s members were speakers over the two-day conference. Our Members contributions to discussions over the two days were invaluable and highlighted the great work NSW Aboriginal Community Controlled Health Services (ACCHSs) are doing in closing the gap. 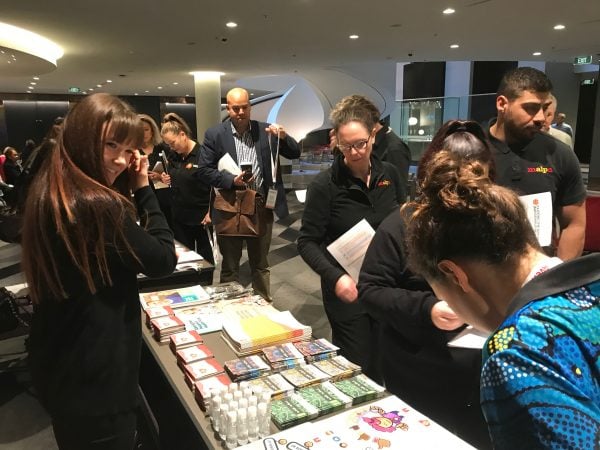 Throughout the conference, Community Control was mentioned as a key priority to close the gap in life expectancy between Indigenous and non-Indigenous Australians. This was reiterated in a quote on the first day of the conference by Ian Eggins, Director of Connecting Culture:

‘Aboriginal people need to have a say in what they do and how they want to be treated. You get the most out of people when they feel safe and in charge of their own future.’

Some key priorities were identified in order to put Aboriginal health back in Aboriginal hands. First was bridging the skills gap in the Aboriginal workforce. There were several barriers listed in achieving this including a lack of cultural proficiency in the medical profession and Indigenous knowledge holders passing away too early. Candice McKenzie, Coordinator of Indigenous Medical Education at Deakin University, discussed the importance of building capacity for Aboriginal and Torres Strait Islander people to train as medical practitioners by creating training pathways and culturally safe workspaces. 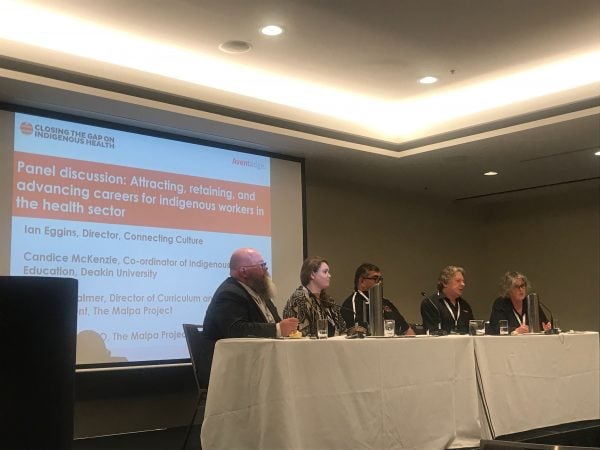 ACCHSs achieving self-determination was another key priority addressed at the Closing the Gap conference. On the second day of the conference, Orange Aboriginal Medical Service (OAMS), discussed how OAMS diversified their service in order to become more self-sufficient. OAMS has introduced the National Disability Insurance Scheme (NDIS) into its service as a result of community needs. Not only has the provision of this service allowed OAMS to be able to better service their local community, but it has also increased funding as a result of more patients coming through the service doors. 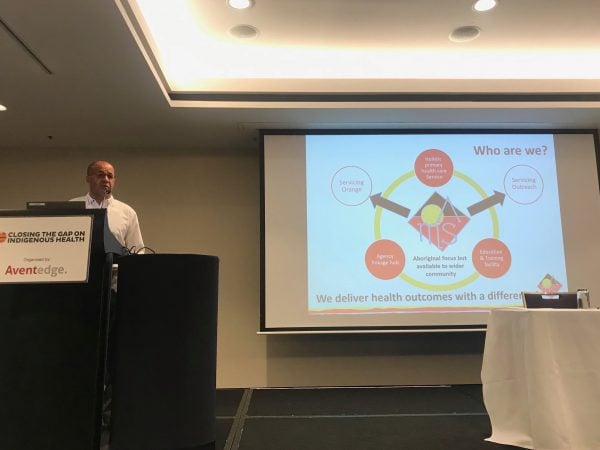 In their presentation, the Aboriginal Drug and Alcohol Network (ADAN) had a yarn about self-determination and their plans of becoming an incorporated body. ADAN was created by AH&MRC to provide a forum for Aboriginal Drug & Alcohol workers to share information, access professional and cultural support and discuss issues affecting their workforce and Aboriginal communities in NSW. 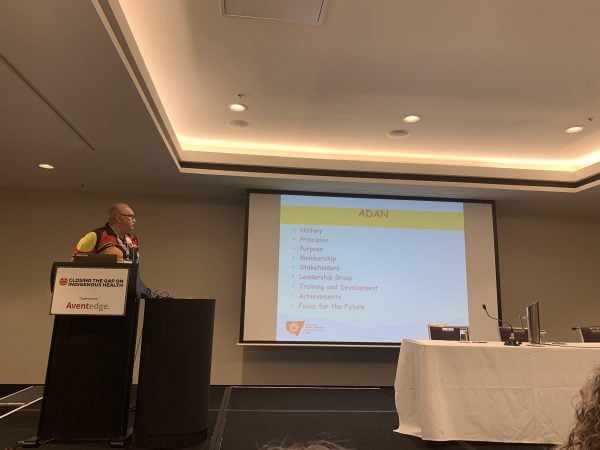 ADAN discussed how closing the gap on Indigenous health meant adopting a holistic approach aimed at addressing social and emotional health as well as physical health. Aboriginal and Torres Strait Islander people often turn to drugs and alcohol as a result of feeling disconnected from their culture and land. ADAN discussed how their treatment approach aims to reconnect Aboriginal people to their culture through individual therapy and therapeutic communities (residential rehabs). 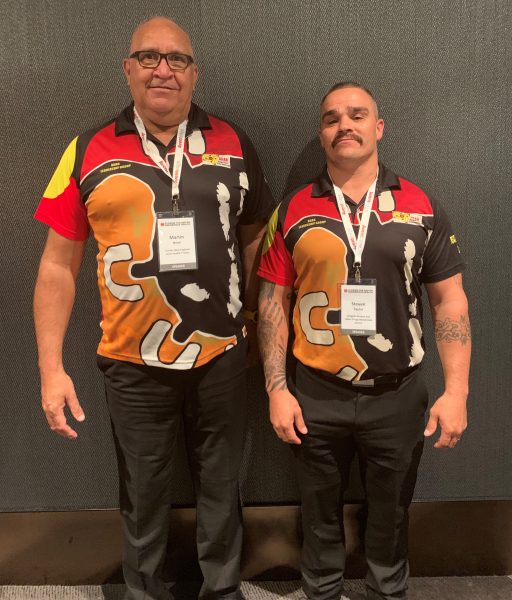