Driving through Gamilaraay country in the remotest reaches of northwestern NSW, the single most striking feature is the dry; vast expanses of parched land. At the Walgett Aboriginal Medical Service, the walls are beginning to crack because the soil the building stands on is too dry to support its weight. On the day I visit, the water from the taps runs yellow, sediment settling in it from the artesian basin below, and the Shire Council advises locals to boil it before drinking.

Walgett is not expecting rain for another three years, and though it is nowhere to be seen, water – or, more precisely, the lack of it — courses through every conversation. The situation is so precarious the AMS is now receiving donated water and storing it casks on palates for distribution on Mondays and Wednesdays to those who need it most. 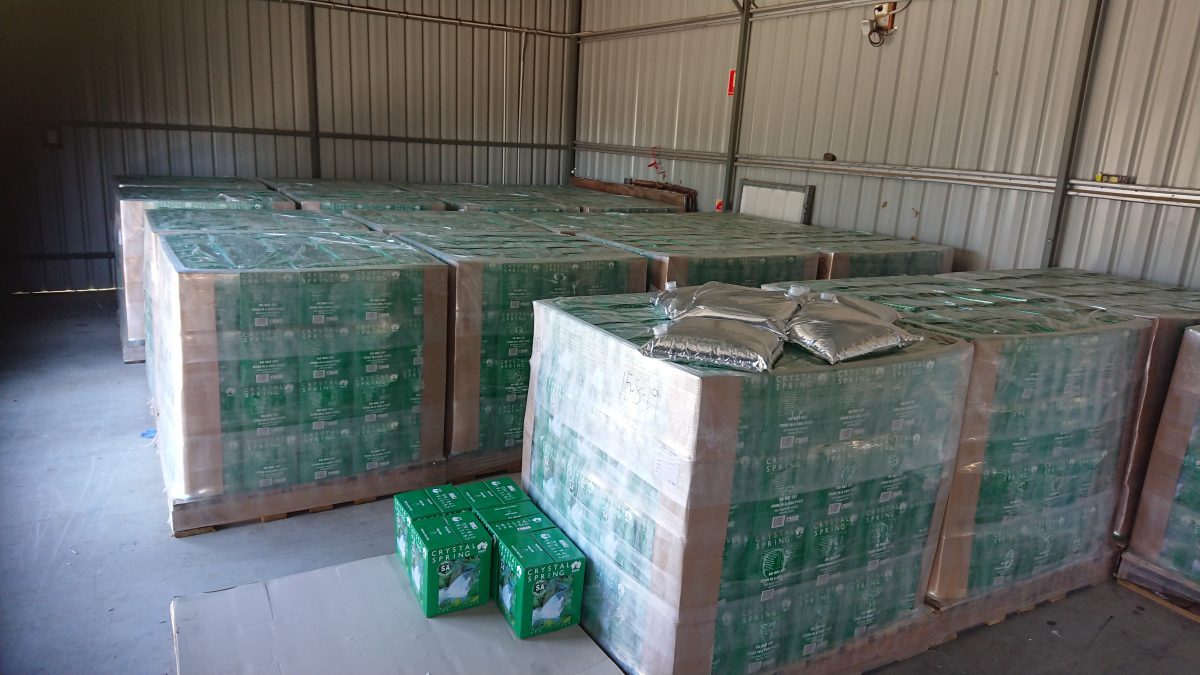 This doesn’t seem sustainable, but for Christine Corby, CEO of the long-running Walgett AMS, it is simply one more way in which the service offers comprehensive and holistic primary care.

It may look like a conventional medical clinic, offering a range of programs including acute medical care, chronic disease management, dental and oral health services, allied health, psychology, specialist clinics, child health and antenatal care, but Walgett AMS is so much more than a one-stop shop for health. It is of, by and for the community. Really, it *is* the community, and Aboriginal Health Workers and Practitioners are integral to its success.

“One of the biggest factors is getting trust,” says Wayne Beddall, an AHP coordinating the chronic disease management program Healthy 4 Life.

Originally a driver in the Kimberley, Beddall was drawn to AHW training by the huge unmet need in Aboriginal men’s health, and was quick to recognise the opportunities for improvement, when he started at Walgett AMS 20 months ago, in chronic disease. One of his priorities is ensuring that people can see the same GP for their ongoing management, not just for continuity of care, but because relationships are what keeps people coming through the doors.

“By getting rapport, we also meet our KPIs and raise our Medicare revenue,” he says. 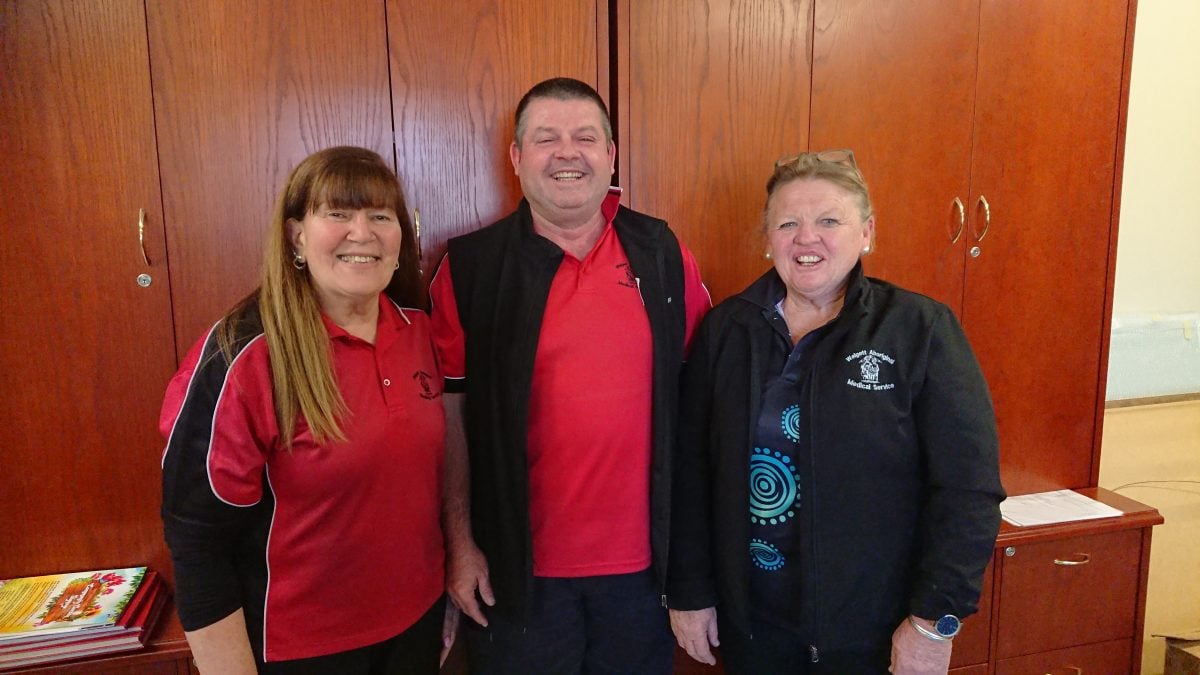 AMS staff ensure people get to their appointments, providing transport as far away as Dubbo – some three hours distant. They know when people are homeless or couch-surfing, or when families are struggling to put food on the table – a burden made worse by the razing in June of this year of the local supermarket. The clinic runs a community garden (with wicking beds to combat the effects of the drought) and has published recipe books; in future it hopes to open a commercial kitchen to train local people. They know the best place in town for heathy frozen meals (the newsagent, run by two chefs), or a decent cup of coffee (the same). There’s a focus on children, too, with a playgroup doing outreach around town, encouraging active play by parents with their children and embarking on a new focus on injury prevention, being co-designed between the community and the University of New South Wales. In April, the AMS joined other service providers to participate in Walgett Shire Council’s ‘Bustin the Dust’ festival, highlighting the impacts of the drought on people’s physical and mental health.

“It’s about the human touch, the caring touch,” explains Beddall.

The AMS owns multiple properties in town so it can accommodate a complex roster of visiting specialists, allied health professionals and GP locums, all of whom are regulars in Walgett and known to the locals. Three weeks out of four, the AMS has a permanent GP, Dr Paige Darlington. From the outset, the board of Walgett AMS decided that they were a service for everyone in the community, and 40% of their clients are non-Aboriginal.

Corby, who has been at the helm since the AMS opened its doors back in 1986 and was recognised in 2006 with an Order of Australia Medal for her achievements, takes pride in the Service’s contributions to and place within the community.

It is a major employer in the town, and does what it can to help businesses and services struggling to recruit and retain workers in Walgett by attempting to offer roles, for example, to the partners of police and teachers who move to the town. When it comes to Aboriginal people, it employs and trains a larger number still.

As Corby pointedly asks, “Where else would the Aboriginal people be employed?”. Many have worked their way up the ranks. Jenny Hunt, who this year marks 11 years as the Service’s Aboriginal Health Worker in eye health, started off as a cleaner at the AMS. Selene Dennis, who works as an AHW in the Yinaar Gaali alternative birthing program, is expecting to pursue her midwifery studies and take over stewardship of the program from non-Indigenous midwife Bet Ineke. 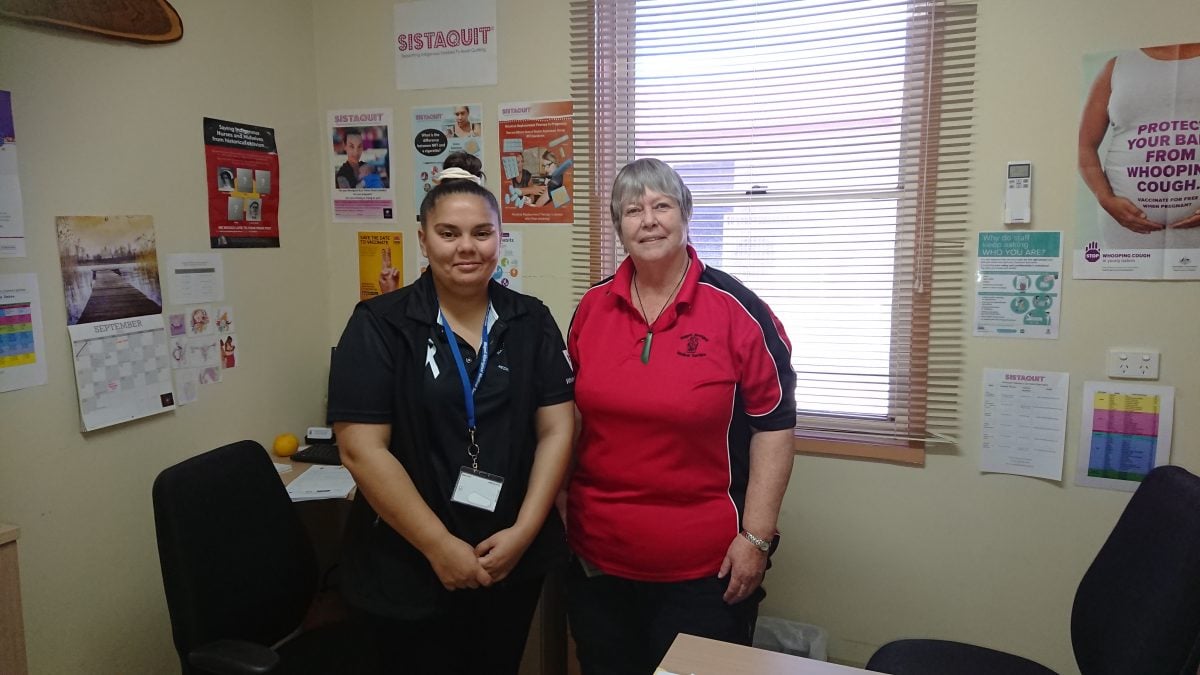 “The reason for our success is the commitment of the staff,” explains Sally Barton, a non-Indigenous admin team leader who is fairly new to the service. “We’re prepared to bend the rules, to do what’s necessary, keeping people safe.”

Holistic primary health care in Walgett is not just about providing the full suite of services to people, though that is a central part of what they do. It is also being an employer and advocate; a voice for the community and a force for change, come drought, fire or flood.

Asked what their greatest achievement is, Corby’s response is simple.

“I’m most proud of our longevity,” she says.

Wayne Beddall started out as a driver in the Kimberley and was encouraged to retrain as an Aboriginal Health Worker because of the shortage of male health workers, and the need for men’s business in the Kimberley. Now an Aboriginal Health Practitioner, he’s passionate about his work in community control on chronic disease. “An Aboriginal Community Controlled Health Organisation is what the community needs,”he says, contrasting this with acute care in the hospital. He emphasises the importance of rapport, and how this led him to shift the regular GP’s workload away from acute presentations to chronic care. “With only short-term doctors, there was no proper follow-up. People would have to retell their story again, and GP Management Plans were started over and over again.” Beddall takes me on a tour of the town, pointing out the AMS houses and the community garden. His sense of excitement at any opportunity to enhance people’s health is tangible. He’s moved his family up to Walgett for this work, and has been welcomed into the local Aboriginal Community here. It seems like he is only just getting started.

Jenny Hunt started out as a cleaner at Walgett, but has now been the eye health worker for 11 years. She does outreach to the local community, and helps people get glasses. Self-effacing,Hunt describes her work in terms of helping visiting optometrists and ophthalmologists, though when I suggest that she must have a good degree of knowledge herself, she smiles and agrees. In the dedicated AMS eye room, where we chat briefly, she proudly produces the retinal camera, the screens for Snellen Charts, the slit lamp and the box of equipment she takes on her outreach visits. Hunt is an ever-present community expert on ensuring people’s quality of life isn’t impacted by poor vision.

Selene Dennis is an Aboriginal Health worker on the maternal health program Yinaar Gaali. She works closely with a midwife, and the plan is for Dennis herself to take over as a midwife in the future. She is obviously enjoying her role, and looking forward to continuing training. Dennis is reluctant to blow her own trumpet, but Bet Ineke, the midwife who works alongside her, describes her as invaluable to the team. “Selene is a young mum herself, and understands what these mums are going through and their experiences with non-Indigenous health services. She is trusted, and people will tell h r things that they just wouldn’t tell me.” As a result, the AMS is seeing improved engagement by women with antenatal care throughout their pregnancies.