It was a sweltering day at Yabun, but none the less AH&MRC and Aboriginal Medical Service Redfern staff persisted in handing out resources and having a yarn with community members about health and the 715 health check. The stall was packed with merchandise when the festival started at 10 am but throughout the day stock dwindled and by our 3 pm pack down every hat, skipping rope, frisbee, bouncy ball, foam dart, wrist band and AMS Redfern goody bag had been given away. 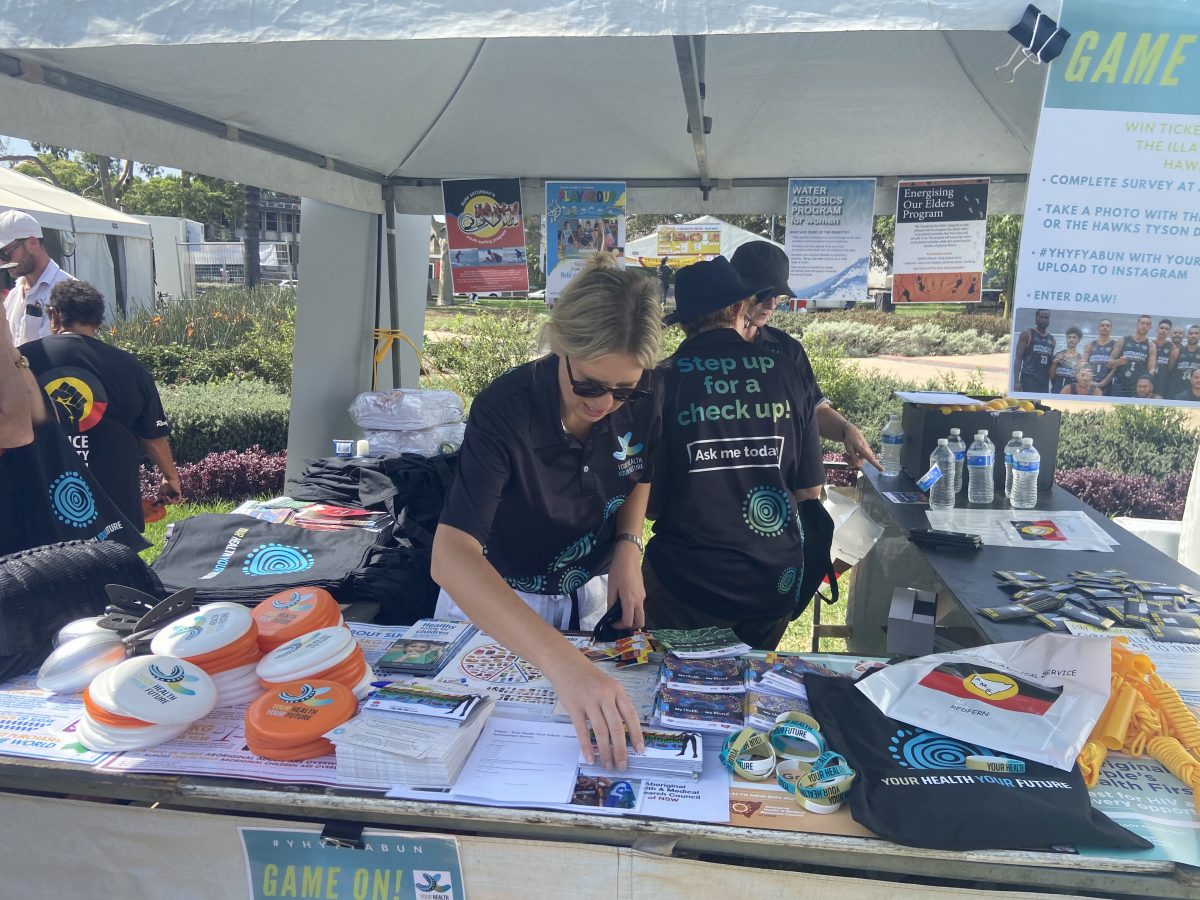 Your Health Your Future (YHYF) Ambassador Jack Wilson AKA the deadly ninja was hugely popular with festival-goers. Fans of Ninja Warrior stopped by the AH&MRC stall to have a yarn and take a photo with the deadly ninja and his adorable staffy, Bull. AH&MRC ran a Yabun Instagram competition which festival-goers could enter for their chance to win tickets to the Illawarra Hawks vs. New Zealand Breakers on the 2nd of February. The competition involved participants taking a photo with Jack inside a YHYF selfie frame and uploading it to Instagram with the hashtag #YHYFYabun. We have received several submissions and will select the winner in the coming days. Stay tuned! Our other YHYF Ambassador, Tyson Demos of the Illawarra Hawks, stopped by with his teammate after practice to drop off tickets for the competition winner, sign T-shirts and chat to community members. The signed T-shirts were handed out at the end of the festival along with the remaining merch at the AH&MRC stall.

Both Jack and Tyson got up on stage before at the end of the festival to have a yarn about their passion for health and giving back to the community. Their appearance on stage was sponsored by the YHYF Campaign and both ambassadors made a point of promoting the importance of getting a health check. On the day, AH&MRC were collecting survey results from community members at Yabun to assess their knowledge of the 715 health check. Public Health Officers and AMS Redfern staff had a yarn with community members about the health check and directed them to their local AMS. The survey was completed by over 100 festival-goers which is an amazing result. 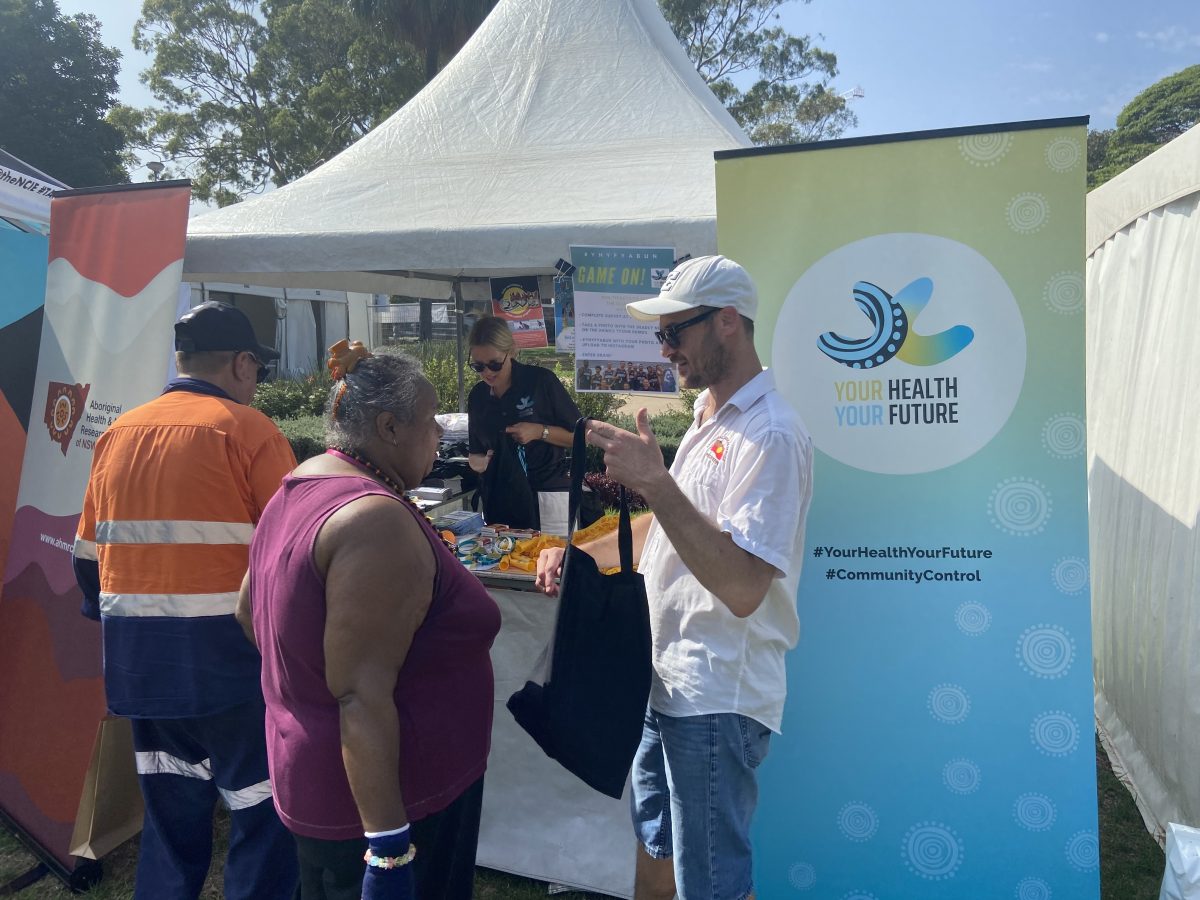 Thank you to everyone who stopped by the AH&MRC and AMS Redfern stall at Yabun and a special thanks to everyone that filled out the survey, the results of which will be used to inform future AH&MRC Public Health Campaigns.