The Aboriginal Health and Medical Research Council (AH&MRC) assists the Aboriginal Community Controlled Health Services (ACCHSs) across NSW to ensure they have access to an adequately resourced and skilled workforce to provide high-quality health care services for Aboriginal communities.

The AH&MRC staff conduct is informed by the AH&MRC guiding principles: 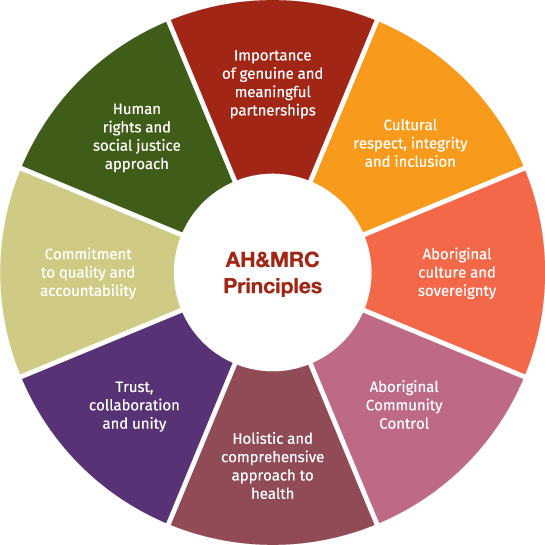 The Report recognised Aboriginal community control as crucial in laying the foundation for a better standard of health care for Aboriginal people. One role recommended for the AH&MRC was to advise Ministers for Health & Aboriginal Affairs at State and Federal levels on Aboriginal health policy, programs and needs.