The AH&MRC is governed by a Board of Directors; eight Aboriginal people elected by AH&MRC Members on a regional basis. The AH&MRC represents and supports its Members and their respective communities on Aboriginal health at state and national levels. 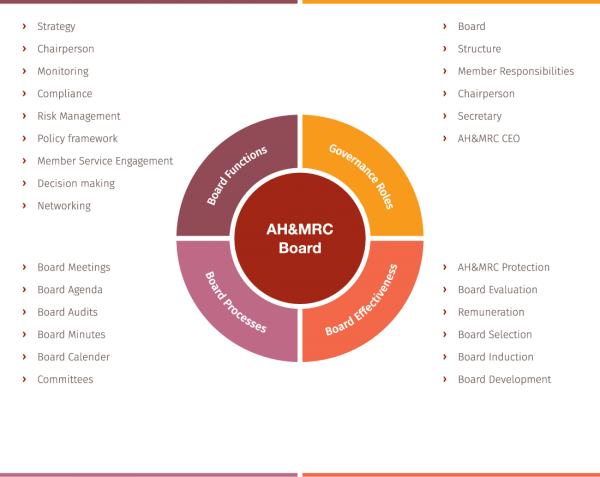 Chairperson of the Board

Phillip Naden is a proud Aboriginal descendant of the Gamilaroi people from Northwestern NSW, and Wiradjuri people from Peak Hill and Condobolin NSW where he was born.
Phillip is currently the CEO of the Dubbo and Coonamble Aboriginal Medical Services and has extensive experience in policing, justice, business management. He also recently completed his master’s degree in business. Phillip has been elected for a fixed two-year term as Chairperson commencing in 2019.

Kane Ellis is proud of his Aboriginal heritage and has strong connections to his land and people. Kane’s father is a Jingili man from the upper Barkley region in the Northern Territory, ranging from Tennant Creek to Borroloola. His mother’s country is the Darwin area, the Larrakia people.
Kane is currently the CEO of the Illawarra Aboriginal Medical Service. He commenced his career as an Aboriginal Health Worker at the Danila Dilba Health Service in 1998 and is passionate about improving the lives of Aboriginal people.

Lynette Kilby is a proud Wiradjuri woman from Griffith and raised her five children on a mission. Lynette is currently the Director of the Griffith Aboriginal Service. Her work is community minded, advocating for Aboriginal people across health, legal, aged care, childcare and education sectors.
Lynette has lived experience of the hardships many Aboriginal and Torres Strait Islander people continue to face. Lynette was employed by the Aboriginal Legal Service NSW/ACT Limited, a position she held for over 20 years, until April 2020.

Aunty Val was born in Peak Hill, New South Wales and is a descendent from a long line of proud Wiradjuri people in this area. Aunty Val is the Chairperson of the AH&MRC Human Research Ethics Committee (HREC), a position she has held since 2007. Aunty Val has generously shared her cultural knowledge and guidance with many researchers over the years and enjoys educating researchers on the most culturally appropriate ways to consult, engage and acknowledge the Aboriginal Community and their involvement in human research.
Aunty Val was also the founding member of the AH&MRC since its establishment (initially as the Aboriginal Health Resource Committee) in 1985. Aunty Val has held a number of positions on the AH&MRC Board of Directors over the years, representing the Lower Central West area on many occasions. Aunty Val is currently the Chairperson of the Peak Hill Aboriginal Medical Service and has also been involved in many community-based organisations in the region, including the Peak Hill Local Aboriginal Land Council, Warramunga Aboriginal Advancement Co-operative, Mid Lachlan Aboriginal Housing Management Association, Weigelli Drug and Alcohol Centre (Cowra), and the National Parks Peak Hill/Bogan River Aboriginal Joint Management Group.

Tracy Singleton is a Gumbaynggirr woman from the Nambucca Valley, and Chief Executive Officer of Galambila Aboriginal Health Service in Coffs Harbour.
Tracy’s professional and community leadership, and board experience stems from senior positions in Health, Housing, Education and Aboriginal affairs within the Queensland and NSW Public Sector, non-Government Organisations, and Aboriginal Community Controlled Organisations. Tracy has a strong commitment to Aboriginal social and economic prosperity, and a shared understanding of the needs and capabilities of Aboriginal business.
Tracy brings to the AH&MRC Board a strong focus on Aboriginal health advocacy, and influence.

Kenneth Knox has been an Aboriginal Men’s Health Worker at Pius X Aboriginal Corporation for the past two years. Kenneth has a passion for social justice and is currently studying social work at Deakin University in Geelong.

Stacy Parry is a Gomeroi woman and educator. Stacy has been a teacher for over 17 years for the Department of Education and is a Board Member of Yerin Eleanor Duncan. Yerin is the supporting organisation for the Eleanor Duncan Aboriginal Health Centre.

Lindsay is a proud Bidjara Gungarri Mhurdi from South West Qld. He and has worked in Aboriginal Health Research, community development, federal and state government for many years. Lindsay is the Deputy Chair of Yerin Eleanor Duncan Aboriginal Health Services and currently works for the PVC Office of Indigenous Strategy and Leadership as the Indigenous Employment Partner/Manager Student Advancement Wollotuka Centre of Indigenous Engagement and Advancement with the University of Newcastle.

Always Was, Always Will Be - What NAIDOC Week's theme means to Phillip Naden