Your Health Your Future at Battle of the Countries 2020

The Battle of the Countries made its inaugural debut in 2019 and the 2nd annual Battle of the Countries was held this year at Croom Regional Sporting Complex, NSW. The Illawarra Titans Rugby League Football Club was proud to host the 2nd Battle of the Countries event in 2020. Similarly to last year, the event was run over 2 days on the 18th and 19th of January 2020. Men, women and children living in Aboriginal communities across New South Wales, Victoria and Queensland were the target audience.  The event was a success, drawing in a large number of community members. 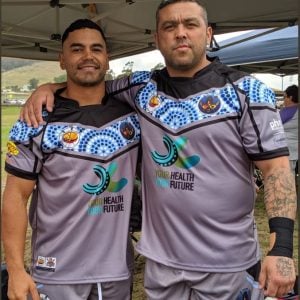 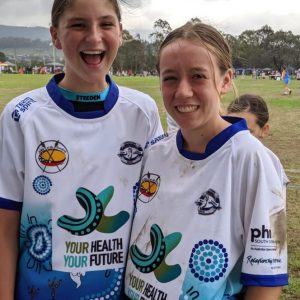 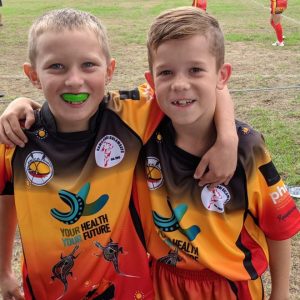 The purpose of the event was to bring together Indigenous communities, offering a first-class football knockout while raising awareness for suicide prevention and mental health in Aboriginal communities. Battle of the Countries and similar events help to create a space for services, young people and the wider Aboriginal and Torres Strait Islander communities from to enjoy football, engage in conversations and raise awareness of mental health issues that are often stigmatised and rarely discussed. The key messages were suicide prevention, mental health and wellbeing.

AH&MRC was one of the sponsors of Battle of the Countries this year. It was a great opportunity to promote the amazing work the team has done and continues to do in the health promotion space. The team shared Your Health Your Future merchandise including shirts, caps, bottles, frisbees and skipping ropes. It was an amazing opportunity for AH&MRC to learn, meet with community and network with other services and staff from other organisations.